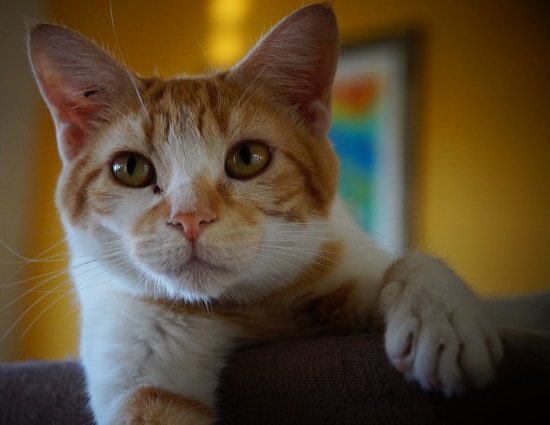 In addition to our orphan elephant Sirimon, our adoption dog Bob and our 4 orphan rhinoceroses Lotti & friends, from today on International Cat Day we can welcome the kittens Harvey and Elvis from Kitten Rescue Curacao to the Wings for Animals family!

Both Harvey and Elvis have had a difficult start but thanks to the rescue, care and loving care of Miriam Bleeker, they have both become healthy and cheerful teenagers!

Harvey
Harvey was delivered to a veterinary clinic on 24 August 2017. Found on the street, without a mother. He was up to a few days old, his umbilical cord was still there. He was just over 100 grams. As a small kitten on the bottle he did well and he grew up in a playful male. But when he got older, the problems started with his intestines. He suffers from chronic diarrhea and is currently still under the guidance of the vet to find out exactly what is going on with him. Harvey is a very sweet cuddly boy who likes to play and chill out at hight. 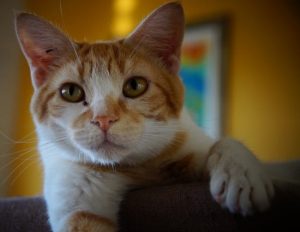 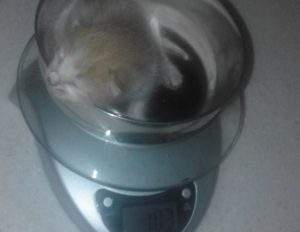 Harvey as a kitten

Elvis
Elvis was found on the street with a considerable restriction in his hips. He has probably been hit or abused, causing his tail to break in several places and his pelvis perhaps. In any case, because of the pain he did not move or crouch for a longer period of time, as a result of which he could no longer walk normally. We massaged him and let him play under supervision so that he started to use his thigh muscles a bit more and therefore his muscles developed. Elvis is now a playful guy who likes to discover the garden. He walks pretty well, although you can clearly see that his hips are not quite right as they should be, but he manages perfectly! Via these links you can watch 2 videos from Elvis. One how he walked when he came in and one of a little later when he already moved a lot better. 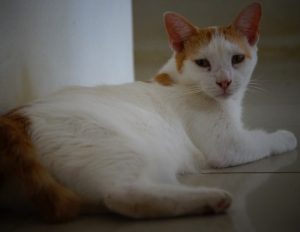 Elvis as a kitten