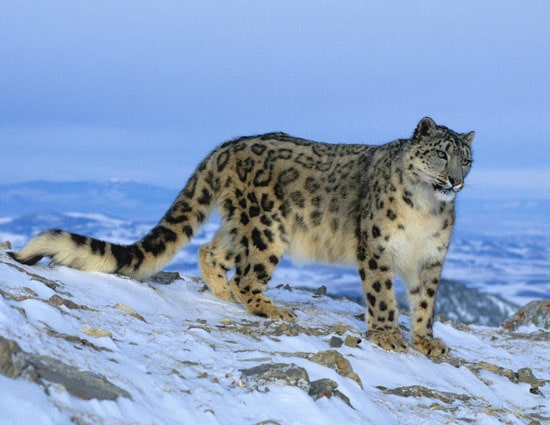 On 23 October, the annual ‘International Snow Leopard Day’ calls for extra attention for the protection of the snow leopard and its habitat.

Snow leopards live in very remote areas and are among the most endangered species in the world. The total population in the wild is estimated at 4,500 to 6,000 animals.

The snow leopard prefers to stay above the tree line and most of its range therefore consists of high mountains (including the Himalayas). The snow leopard has been on the Red List of the IUCN since 1972 as “threatened”