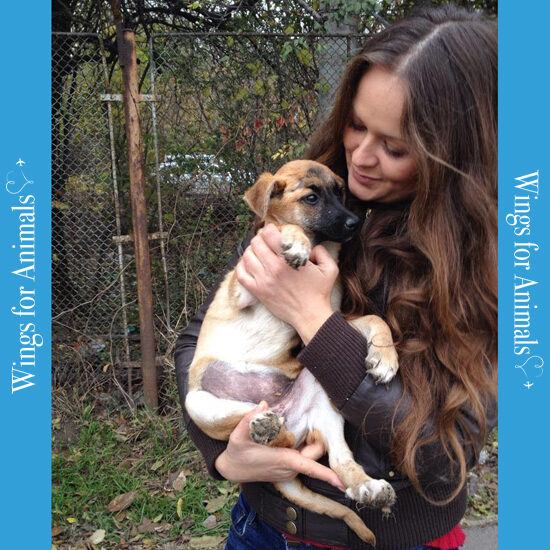 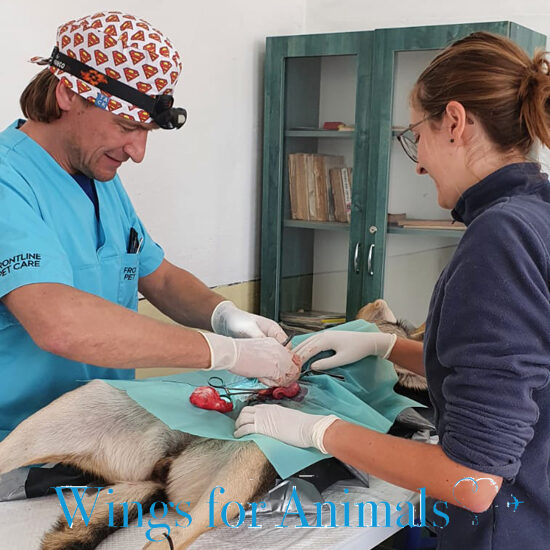 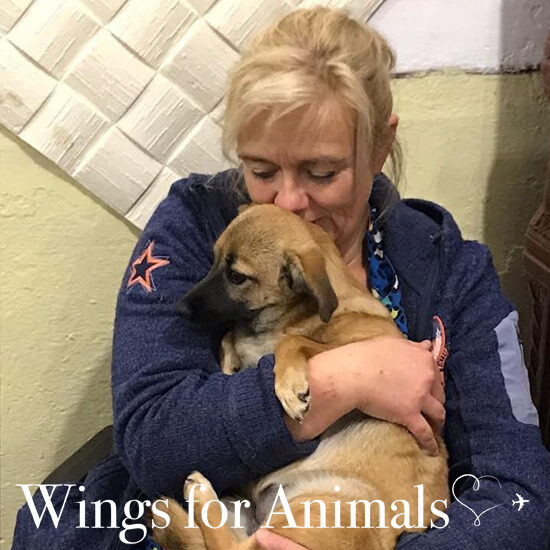 Mirela Marcu is a animal rescuer who we got to know in 2020.
Every animal that is injured or needs other kind of help, she takes in, in order to get them a new home.
The main target of Mirela is TNR and therefore our ambassador Piet Hellemans helps her every year to go to Calarasi with a team of vets and sterilise as many dogs and cats they can in one week time.

Mirela: “Everything started in 2011 when I adopted Happy. I use to live in Bucharest for 14 years when this happens and I was involved in working with orphan kids and doing social project for unfortunate children’s and old people in the country side areas.
I did study Theology in university and then a master degree in Social Politics
So, I adopted Happy and as I use to come to visit my parents on the way to them I saw many animals in need and I could not pass by and doing nothing. Then in 2012 I moved back to Calarasi as after Happy I rescued another two dogs and I could not stay anymore in Bucharest. I was overwhelmed as there was too much animal suffering and I had not much power to help. I knew nobody in the rescue world and was painful to see starving dogs around and not be able to help them. One day I started to search Romanian people on social media who were rescuing animals as I did not know how to start as the government did not help in this area.

Nobody knew me, nobody knew if I was serious and fair and was quite hard to prove as I had no one who could recommend me.

But one day a rescuer answered to my message and I can not explain how amazingly happy I was when they helped with a few bags of food for a mum with babies in my village.”

Since then Mirela accomplished so much, she rescues dogs, cats, rabbits and even sheep and horses.
She has a big heart but yet as important a lot of knowledge how to treat animals.
A lot of people and even the mayor of Calarasi are so thankful for her work as the number of stray animals is getting lower!
Wings for Animals supports Mirela financially and by giving her food, medicines and other animal supplies.